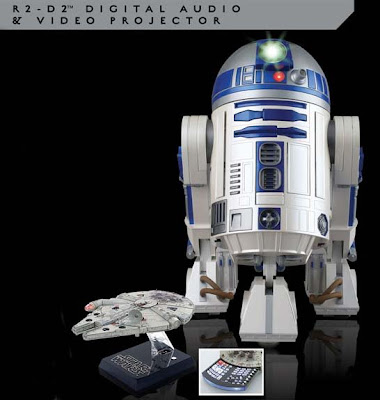 Damn.. This is like the coolest thing i must hav it in my room.. For all those die hard fan of Star Wars i think u definately agree with me..

A life sized R2-D2.. Which actually is a projector / media player.. The projector can be driven into position using the Millenium Falcon-shaped remote control, and plays CDs and iPods as well as projecting photos, DVDs and games onto walls or ceilings. It also have the original sound effects & a built in speaker system.. 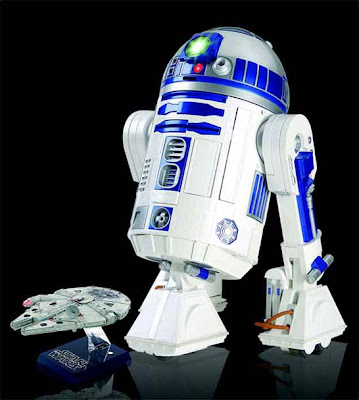 It actually project out movie on to the wall.. 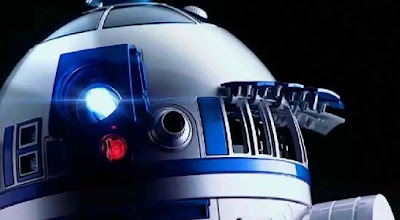 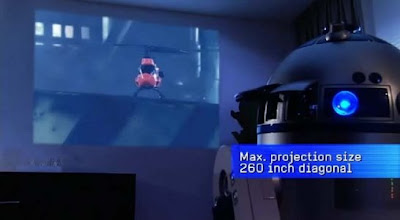 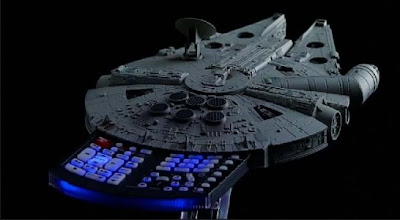 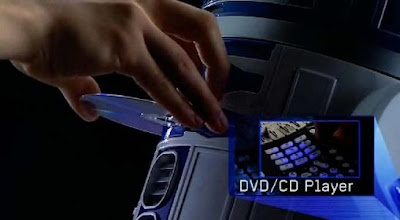 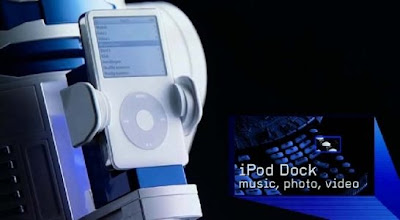 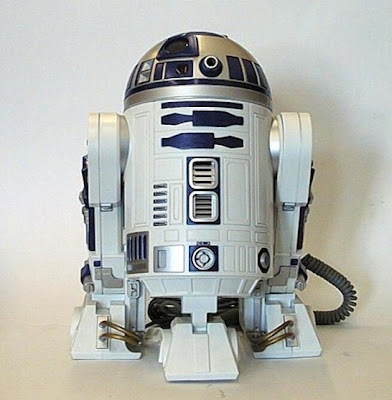 Latinoheat wish he hav it.. so he can remote R2-D2 to get him beers 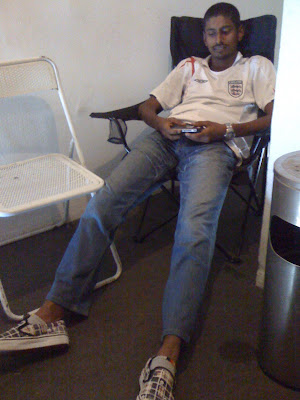