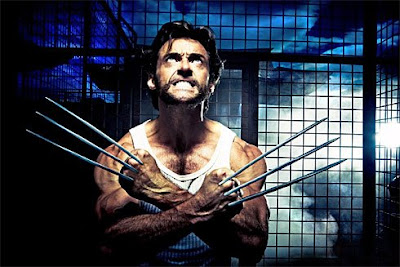 Ha.. Finally the 1st image of the upcoming x-men prequel / spin-off Wolverine Movie.. And yes.. there's no another chapter YET for X-men.. but there focusing the The Wolverine Movie 1st.. And yes u guess it right.. playin the temper ego iron blades beast is none other then my Aussie boy Hugh Jackman.. Ill say no actor can replace this character as it was born in him.. This movie is basically based on the life story of Logan / Wolverine..

Supporting role are still in the guessin game.. there so many rumours runnin around everyday.. Liev Schreiber who is actually sign in the movie.. just not sure which character him will play... there only 2 character hav been huntin him which is portray of William Stryker, remember in X2 the military general which make logan an experiment with the mental adamantium... Another character will Victor Creed or Sabretooth.. As u know both Sabretooth & Wolverine are the victims of Stryker Weapons X.. both character basically have the same abilities the healing and the famous claws.. But theres also news that Gerard Butler from 300 to take on the role of Creed (Sabertooth). That i reckon is a prefect fit of character.. 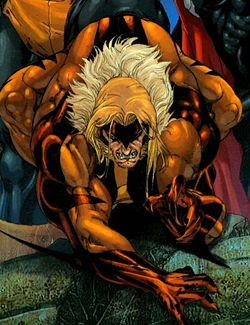 This should be an interesting story line as both character rival beatle started with the Love for SilverFox... Which this character hav been hittin attention from all A-List actress.. 1st it was Maggie Q.. which i was lil excited about.. then Production shut down the rumous.. Then now is Michelle Monaghan from MI3 which she play Tom wife.. And theres alot more name that i cant even rmb myself..

Studio is targetin to release the movie on 1st May 2009 which will be directed by Gavin Hood (Rendition).. Long way 2 go...

This is all i know.. will keep updating if anythin drop...