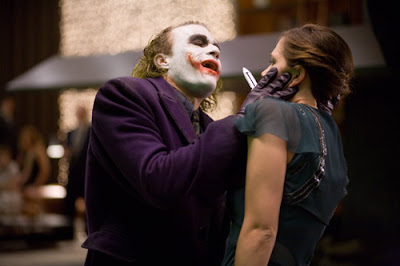 OMFG... i was waiting for the right moment to show u guys some interesting pic of the upcoming batman sequel... but this i cant resist... the official pic of my favvy villians of all time.. As you know Aussie actor Heath Ledger will portray The Clown Prince of Crime. Just check out how badass he is... DAMNNNN... 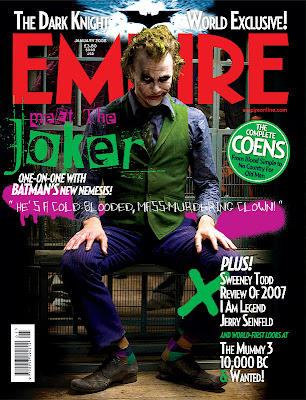 The lastest issue of the The EMPIRE magazines showcase the full body of the joker on the front cover... all i gotta say is God Damn... he looks so psychopath.. just have to wait 4 de movie in mid next year...