Greetings to everyone *waves*. As you know (or if you don’t – I will tell you now), this is blog is used to document the life of average joes, namely Yik, Kumar and myself. Otherwise, our stage name in this blog – Average, Latino and Ally. Come to think of it, I ain’t a joe! I am only a joe just because I hang out way too often with both boys.

For those that has been reading the blog, you probably know Average’s and Ally’s love for The Simpsons. Latino is not cool, that’s why he never like the Simpsons. After the movie launch, I came upon this website (sponsored by Burger King) whereby you can ‘Simpsonize’ yourself into The Simpsons looking characters by loading your pictures to the website. Hence, to honour our love to the dysfunctional family, I have decided to Simpsonize the average joes. 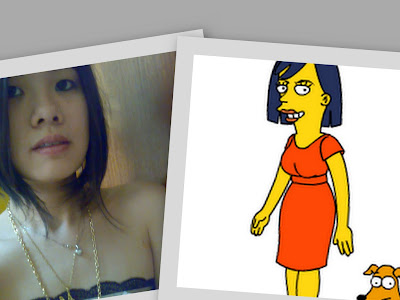 I think I look a bit tad weird, especially on the mouth part. LOL. And you can catch a glimpse of the dog beside me. I wanted to have Belle lookalike but too bad the dog is in brown and I do not have a photoshop installed in this lappy to change the dog to tri-coloured. 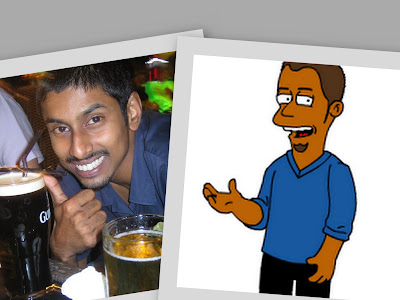 I think Simpsonized Latino did look a bit like him. Although you will never caught him with any sweater top in real life. I wanted to dress him in his normal singlet/t-shirt with shorts, but his simpsonized character just look so odd in it. 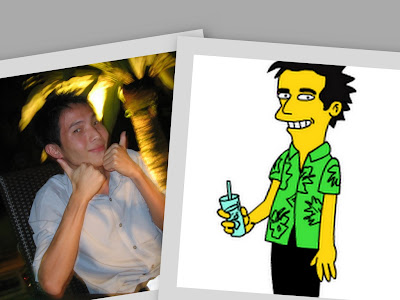 Simpsonized Average doesn't look like him at all. Probably just the mata sepet part. LOL

Go and Simpsonize yourself. Spread the Springfield lurve at here